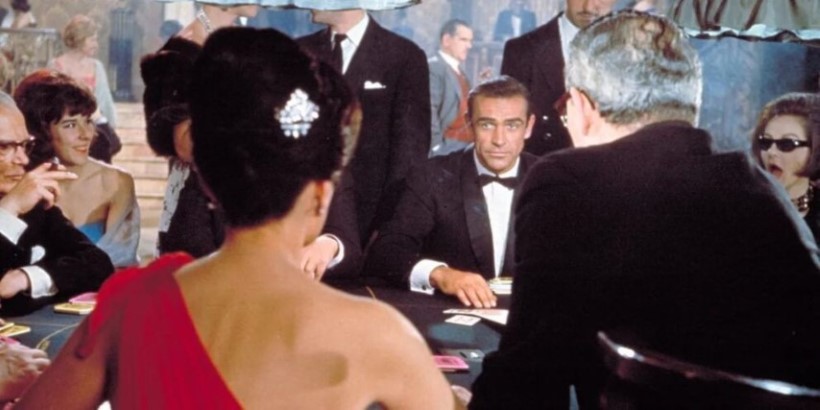 How frequently do you watch movies that are centered on gambling? We have a large number of them, and it wasn’t until recently that we recognized how much we like both the lavish lifestyle full of secrets and perils that they convey as well as the possessions themselves. Even if it’s only through the medium of a movie, it might be amusing to fantasize about becoming a part of the world of gambling because the appeal of that realm is great.

However, the amount to which reality is reflected in casino movies is not clear. Is that how the world’s most successful gamblers genuinely spent their time? Is it true that they led a dangerous and exciting life?

We learned that the bulk of our favorite gambling movies is entirely or partially fake after completing a simple internet search. If this is the case, where does the sparkling energy seen in movies come from? Aren’t the real gambling geniuses well-known and living the high life? How about them?

Throughout history, there have been a lot of notable gamblers, and the names of some of them are still remembered through stories even today. As Mulder would put it, “the truth is out there,” and we were able to find it. We were relieved to learn that a number of the casino movies that we enjoy the most are based on actual events that took place in the casino sector.

We’ve listed them here and couldn’t help but share some information about them with you. Continue reading to learn about the best movies based on genuine incidents that occurred in casinos.

When we discovered that this story is, at least in part, true, it brought a huge smile to both of our faces. After all, Martin Scorsese’s tense thriller “Casino” is arguably one of the most well-known films about gambling ever created.

The true-life events that occurred between Frank “Lefty” Rosenthal, the boss of a casino in Las Vegas, and Anthony Spilotro, a gangster from Chicago, served as the real-life inspiration for this masterwork. Rosenthal had extensive connections to the criminal underworld in the 1970s when he and his childhood friend Anthony operated four underground casinos. During this time, Rosenthal was also heavily involved in drug trafficking. The reader goes through emotions, love, and betrayals that feel very real while reading the account of how he eventually lost control of his unlicensed business, which is a combination of fact and fiction.

“21” is a wonderful example of how even excellent books may generate even more successful film adaptations. This casino film, based on the book “Bringing Down the House: The Inside Story of Six MIT Students Who Took Vegas for Millions,” will take you on an emotional roller ride.

The plot revolves around the adventures of six MIT students who, with the help of their mathematics instructor, began robbing casinos in Las Vegas using a complicated card-counting system to win at blackjack. The book names a couple of the participants, and it is revealed at one point that there were over fifty card counters present! The script, like any other film’s plot, takes all of the exciting elements from reality and then adds just a touch of fantasy to make the plot twists even more wonderful than it would have been otherwise.

You would think that this isn’t a gambling movie, but the real-life scandal that began with the Chicago White Sox in the infamous 1919 World Series games against the Cincinnati Reds began with some people taking betting to a whole new level.

This video portrays the 1919 championship as well as the eight disgruntled professional baseball players who accepted payoffs from gamblers to throw the games. The film also depicts the disgraceful events that led to their actions. The White Sox were victorious, but the game was nonetheless broadcast on national television shortly after the incident.

It is not your typical high-powered casino movie, but it does demonstrate how even the top players from one of the best baseball teams in the United States might be lured away from their love by the prospect of easy money if they believed they could make more of it elsewhere.

“Molly’s Game” is the newest addition to this list, and it comes highly recommended by us. It is another film based on a book, is based on Molly Bloom’s autobiography titled “The True Story of the 26-Year-Old Woman Behind the Most Exclusive, High-Stakes Underground Poker Game in the World.”

The protagonist, who shares her name, rises through the ranks to become a hostess and dealer for high-stakes poker games attended by New York City’s wealthy. Molly’s games begin modestly but gradually become more hazardous and illegal, and it is only a matter of time before she has to face the repercussions of her activities.

If one is to believe the internet, the public was aware of the identities of the celebrities that participated in the games, even though their real names were never made public. The movie “Molly’s Game” illustrates how, at the drop of a hat, engaging in activity that skirts the border of the criminal world with powerful folks may turn upside down, moving from profitable to extremely fatal. This is shown through the story of a woman named Molly Bloom.

These movies are not something you want to miss out on under any circumstances if you find the world of gambling and the stories that surround it to be fascinating. You are going to have a fantastic time with the flashing lights of the casino, you are going to learn a lot, and after being here, you might even have a different perspective on gambling – we know this since it happened to us.