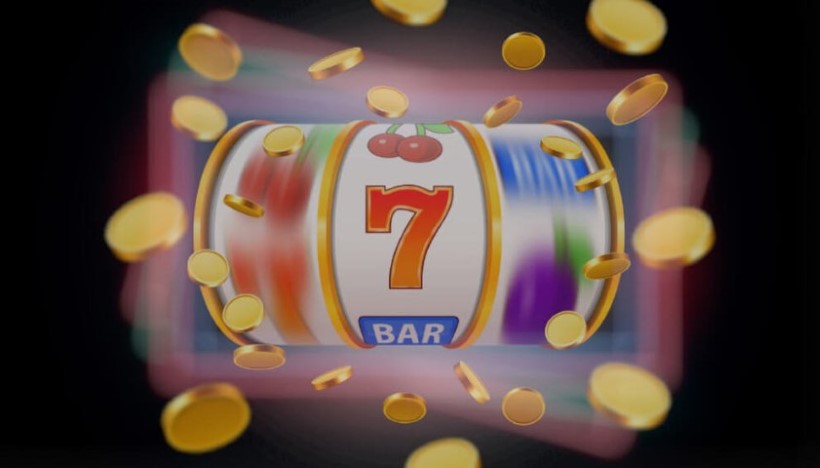 It should come as no surprise that in this day and age when merchandise is almost as important as the movies themselves, slot machines strive to reproduce the essence of the film to captivate fans of the film.

Even though Disney decided not to produce movie-themed slot machines for several years, denying fans of Star Wars and other franchises the opportunity to play alongside their favorite films, there is still a fantastic selection available, particularly for some of the most successful film series.

One of the better examples of this is the slot machine based on The Lord of the Rings, which is listed among the top five movie-inspired slot machines in Las Vegas casinos.

For the cheap fee of forty cents per play, you can enter the enchanted world of Middle Earth in the company of several of the film’s most prominent characters, including Frodo, Aragon, and Gandalf. The goal of the game is to battle the forces of evil while also unlocking numerous bonuses along the route. The slot machine also includes several other games, such as The Prancing Pony, Gandalf’s Fireworks, and Garden Heist.

“Sex and the City” is another movie-themed slot machine that got it into the top five in Las Vegas. There are a total of nine extra rounds available, all of which feature iconic moments from the television show’s film version. There is also an additional round in which participants can dress up like the show’s characters. If that isn’t enough to get your heart racing, Mr. Big will be there to congratulate you on every triumph. Because it is a Vegas machine, it also has a massive jackpot that is large enough to fund your entire life’s shopping spree.

Zynga Inc., the world’s most successful social game company, is responsible for one of the most popular online slot games released in 2016. This game transports players from the physical to the virtual world. The game is based on the original Willy Wonka and the Chocolate Factory, starring Gene Wilder, rather than the more contemporary Johnny Depp adaption, and it appears to be an obvious choice for a topic for a board game.

It takes the lucky recipients of the golden tickets on a tour around the factory, with each stage of the game taking place in a new room. There are recreations of movie scenes, the voices of the actors who played those roles, and even the chance to play with friends on Facebook and other social media platforms.

Furthermore, internet casinos have moved rapidly to include well-known and obscure film franchises among their slot game offerings. At 888Casino, for example, you may play some fascinating online slots that will offer you chills and thrills as you face off against the menacing presence of Freddie Krueger, the terrifying star of the Nightmare on Elm Street series. This five-reel, 30-pay line video slot game offers a “Never Sleep Again” bonus round, Pick Me, and Wild features, as well as a “Never Sleep Again” bonus round.

If you’re looking for something a little more relaxed, 888 Casino also provides a game that pays homage to the Coen Brothers’ renowned film The Big Lebowski. Both Jeff Bridges and John Goodman, who appeared in the film that inspired the game, make cameo appearances in the computer game, which also features a lot of ten-pin bowling action.

If you believe that heaven consists of cuddling up with a big box of popcorn in front of any of the movies we’ve been discussing, why not try your luck at the slot machines as well? After all, this is your best chance to flip the script and make serious money while viewing all of your favorite movies in theaters.

Is it possible to wager on how your favorite movie will end?

One of the most exciting bets you might take with a bookmaker nowadays would be on the ending of one of your favorite movies. Currently, bookmakers offer a wide range of betting options. Imagine you’re watching Star Wars: Episode VI – Return of the Jedi with some friends, and it’s 1983, and you’re all viewing the movie for the first time, and you’re betting that Darth Vader will be killed off at the end. Consider the odds of him being Luke’s father, which would be one of the most famous and stunning plot twists in film history. What are the chances?

It’s quite intriguing, but I seriously doubt it will ever happen. You are more likely to find a casino game based on your favorite movie at MobileCasinoSafari.com or in Las Vegas than you are to be able to wager on how the film will come out. It is conceivable, but the results may not be applicable in practice.

To begin, the betting would have to take place in a supervised and regulated environment. It cannot traditionally take place, for as through betting on live athletic events. Because filming for the film has already begun, there is no way to prevent the ending of the story from becoming public knowledge. As is customary in modern times, there will be spoilers everywhere, and betting lines will be drawn.

To engage in this form of betting, the entire firm must change and develop in a way that revolves around the betting industry, which is ultimately a bad thing. Nonetheless, the notion is intriguing enough to warrant examination. The only way to make this work is to arrange a bet with your friends on a movie that you haven’t all watched yet in the comfort of your own home, creating a more controlled atmosphere.

On the other side, there is a chance that you will wager on a movie that you are unfamiliar with. It is a bet on how much money a film will make at the box office, either in the first few weeks after its release or after a certain amount of time has elapsed. This can be performed through the use of specialty exchanges or websites that are more often utilized for online sports betting. These bets may be found under the website’s Specials area, which also contains some unique betting options, such as betting on who will be the next president.

This is the closest thing to movie betting that you will find. You’ll have to satisfy your appetite with standard sports betting, box office betting, and other specialties until someone figures out how to make betting on movie endings conceivable without jeopardizing either the film business or the act of betting itself.

Until then, someone may discover a way to allow betting on movie endings without tainting either the film industry or the act of betting itself. There hasn’t been a documented instance of a sort of gambling on movie endings that was standardized in any way, complete with regulations and everything, by a betting establishment on the Internet. This was true even if the wagering was carried out in the manner outlined above.