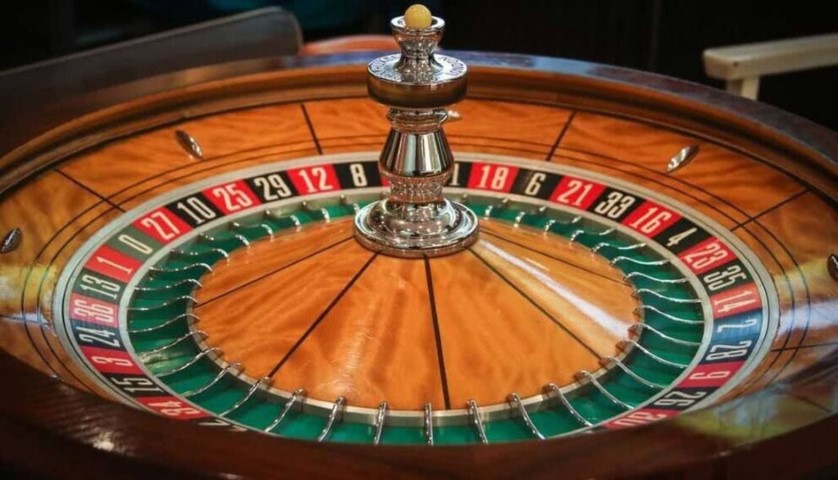 Nobody can argue that gambling in casinos is boring. After first experiencing its allure, very few people can resist the temptation of not knowing, even though the possibility of their lives changing in a matter of seconds is thrilling. Gambling carries a natural element of drama, which can reach enormous proportions at times.

Because of this, this endeavor is well-suited for use as a plot device in a film. As a result, it should come as no surprise that there are dozens of films out there that use this activity to create tension and memorable set pieces within their fictional worlds.

Even though it is extremely simple to learn how to play, roulette emphasizes social interaction. When a new patron walks onto the gaming floor for the first time, the roulette area of the gaming floor is typically the most boisterous. This is because the crowds in this area cheer and yell whenever the wheels stop spinning.

You should be aware that you can play roulette online in a variety of formats, including against a live dealer. This is the best option for gamers who want to experience the thrill of wheel gambling but do not want to leave the comfort of their own homes. If you want to live vicariously through some of the excitement that comes with playing this game but don’t want to risk your own money, watch the following movie scenes.

Casablanca is without a doubt regarded as one of the most significant classics in film history. This 1942 romantic drama, directed by Michael Curtiz and starring Humphrey Bogart and Ingrid Bergman, tells the story of a café owner who decides to help his former lover flee the Nazis in French Morocco. The film was a love story.

Casablanca was a huge success both financially and critically, and the A-list cast was a big reason for that. Following that, it won the Academy Award for Best Picture, and it went on to become a legendary film that almost everyone knows. One of the film’s most iconic scenes is when Bogart’s character, Rick, advises a Bulgarian player to bet on twenty-two in the hopes of winning enough money to pay for an exit visa for himself and his fiancée.

Tom Tykwer is one of the most well-known filmmakers to have emerged from Germany. The Wuppertal native is best known for directing the critically acclaimed television series Babylon Berlin and co-directing the film Cloud Atlas. He is also well-known for directing the film Perfume: The Story of a Murderer. On the other hand, he rose to prominence after appearing in the experimental thriller Run Lola Run, which starred Franka Potente and was released in 1998.

It’s a gimmick film in the sense that it has a loop-like structure in which the protagonist, Lola, played by Potente, tries to earn 100,000 Deutschmarks, the amount required to get her boyfriend, Manni, out of a jam with his crime boss. This amount is required to get Lola’s boyfriend, Manni, out of a pickle with his crime boss. The breath-taking spectacle that is Run Lola Run’s hyper-kinetic roulette scene, in which Potente’s character screams in an attempt to influence where the white ball will land on the roulette wheel, should not be missed.

Many people saw the comedy Dirty Rotten Scoundrels, directed by Frank Oz and starring Michael Caine and Steve Martin as two con artists vying for the affections of Glenne Headly’s character, Janet Colgate. The film was a success, and many moviegoers saw it. Few people realize that this film is a remake of a 1964 film starring David Niven and Marlon Brando. Furthermore, it was remade in 2019 under the title “The Hustle,” with female actors playing the grafters.

Despite this, the Frank Oz version remains the best of the three due to Caine and Martin’s spectacular comedic heights. The chemistry between the cast members shines through in the movie’s roulette scene. Martin’s character in this scene pretends to be a disabled veteran in desperate need of money and asks if he can bet his medals on the spins of the wheel.

The El Royale was experiencing some difficulties

Players take turns loading one bullet into a revolver, spinning the cylinder, and aiming the weapon at their heads in the hopes of firing a shot. Russian roulette is a dangerous game that can lead to tragedy. It is first mentioned in fictional form in Mikhail Lermontov’s story “The Fatalist,” written in 1840. Nonetheless, it was Michael Cimino’s 1978 classic war film “The Deer Hunter” that brought the subject to the general public’s attention.

The 2018 film Bad Times at the El Royale is a neo-noir starring an outstanding ensemble cast led by Jeff Bridges and Chris Hemsworth. It offers a new spin on the classic game of Russian roulette by utilizing a table wheel and limiting the number of players to just two. Film critics praised this gruesome segment of the film, but the film as a whole failed to perform well at the box office.

This final one is a bit of a cheat, but that’s okay. It is not a scene from a movie, but rather from a television show. Jack Ryan is a television show created by Graham Roland and Carlton Cuse that premiered on Amazon Prime in 2018. It makes use of Jack Ryan, a character who appears in several Tom Clancy novels.

In the third episode of the show’s first season, which takes place in a casino, the character of Victor Polizzi, played by John Magaro, enters the establishment and immediately begins betting on roulette. He wins $29,400 by betting on 22 black, which is most likely a reference to Casablanca. The background music, “Human” by Rag’n’Bone Man, is what makes this sequence stand out. It adds a strong sense of atmosphere to the situation.